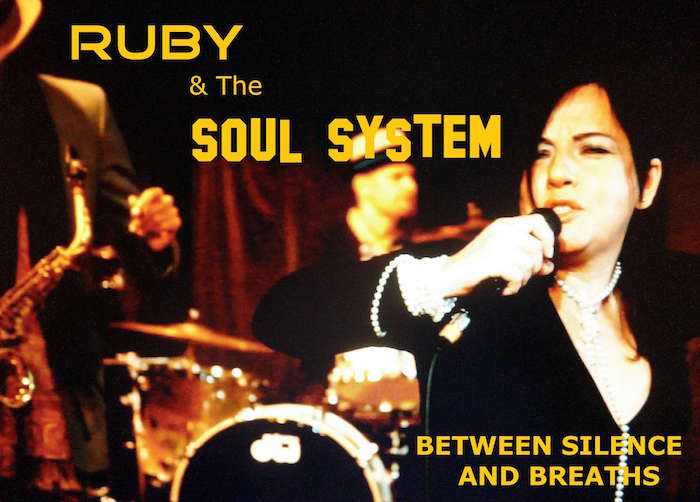 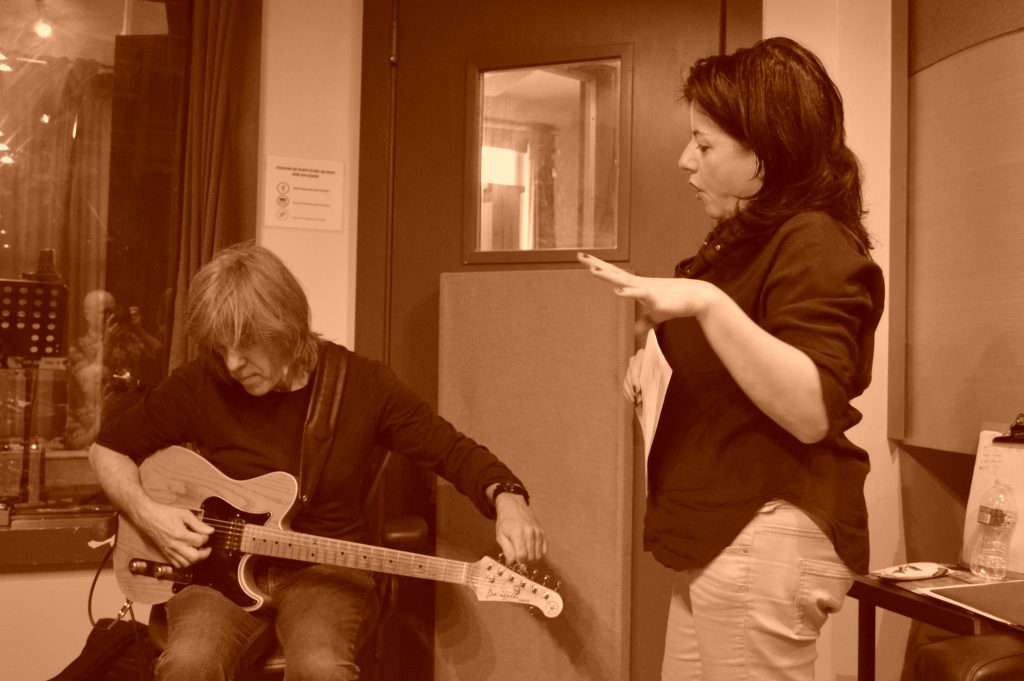 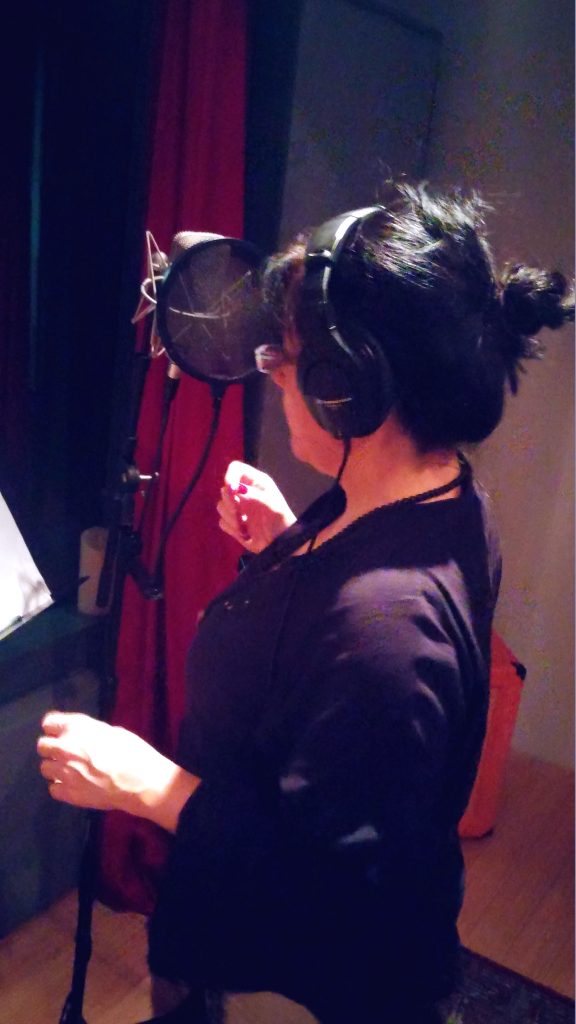 Stefania working hard and fast on this new production that was recorded in a week with all “LIVE” sessions in the style of Motown Records. 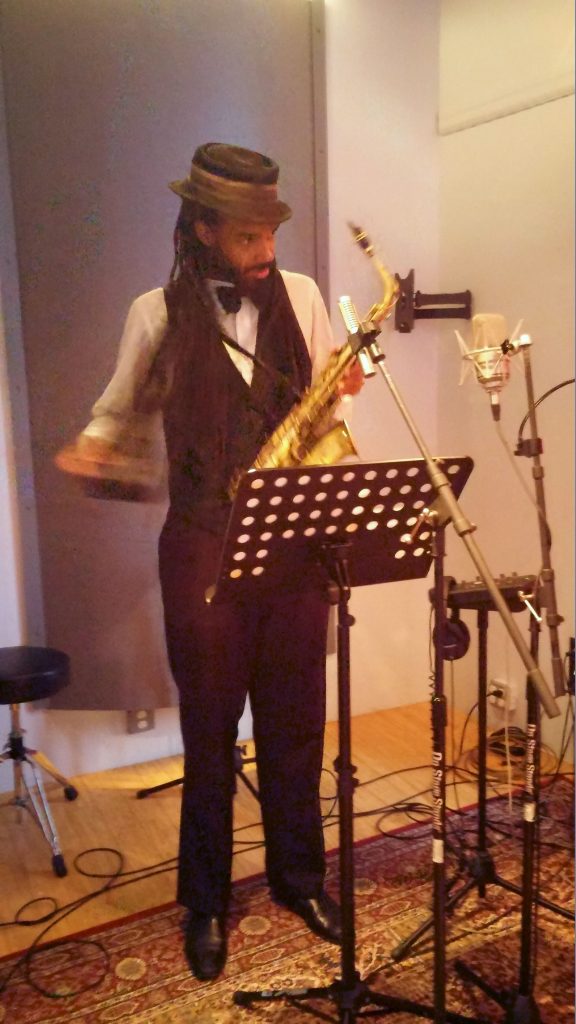 Marcus Miller blowing some great horn parts on the spot. 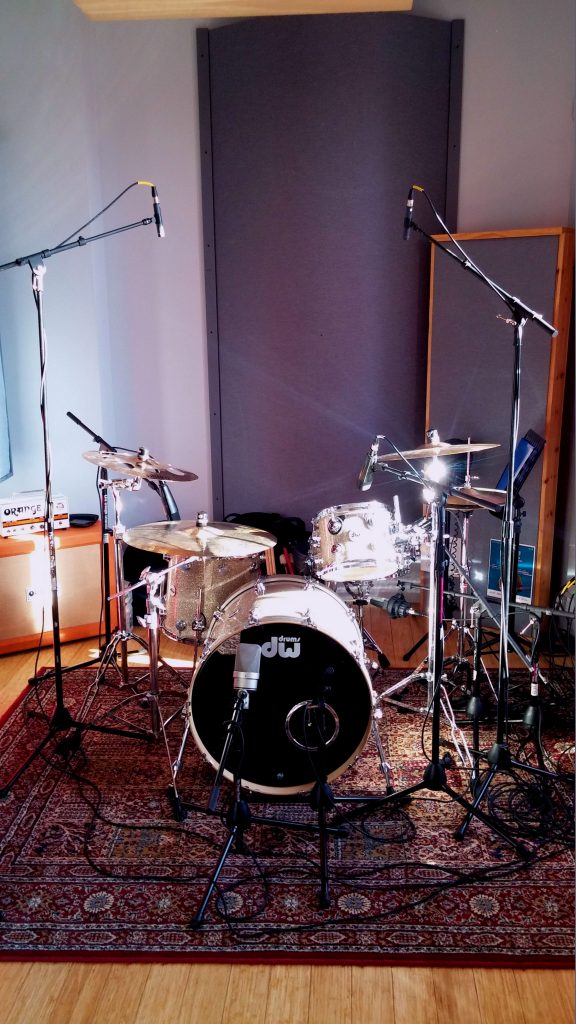 Great sunny day to work in the studio especially if you have a window with a view.

Between Silence and Breaths

Between Silence and Breaths is a new CD by Ruby and The Soul System a collection of nine new songs and a cover. This body of work is a coherent reflection of the special synchronicity and music paths of Conrad Valdini and Stefania Rubini, the founders of this band.

These two musicians have traveled the world and played music in several continents, and they are now here in the USA and embrace the freedom of its culture and power of its creativity,Between Silence and Breaths is a testament to this profound love and respect they have for our country.

If we were to find two words to define this body of work as a whole I would go with : a great love declaration from these two musicians to this great country of ours, and to its freedoms.

Listening to this CD brings you immediately to a live concert set up and makes you all over the country: you will envision the Colorado / New Mexico mountains and canyons in “Unbroken Drum of Time”, you will bounce and swing at the Californian rhythm of “Dancing Through Life”, and will be transported to the New York Bay with “Lady Liberty Looking From The Bay”.

The journey continues with a Soul-full hymn of joy in “Like Blue Angels” featuring the six-time Grammy nominee American jazz guitarist Mike Stern, to a grateful declaration of admiration for a wounded veteran and his sacrifice in “Unbroken Drum of Time” and a testament of hope and peace making between a father and son in “Swimming in Green Pools”.

Love in all shapes and forms permeates the CD: it’s humorous in the bouncy “Key To Your Heart” a song written for a new member of the band that just moved to the East Coast, and devoted and enduring in “Rain Or Shine” an autobiographical song. The singer and lyricist Stefania Rubini grew up with a dear friend, she, a young girl fighting to become an independent woman, he, a gentle soul and young gay boy struggling to assert his rights, both facing the rules and games of a rigid  society, that they explored and tried to change together, this song  “Rain Or Shine” is a beautiful anthem to everlasting friendship and camaraderie, it’s love in its purest form.

Feel the beauty of nature’s reawakening in “Ballad For Spring” a thankful celebration of life’s power of new beginnings, it’s a Jazz ballad stemming out directly from “Drops of Life” Stefania Rubini’s poetry collection soon to be published.

reflection of the special synchronicity and music paths of Conrad Valdini and Stefania Rubini, the founders of this band.

Feel the beauty of nature’s reawakening in “Ballad For Spring” a thankful celebration of life’s power of new beginnings, it’s a Jazz ballad stemming out directly from “Drops of Life” Stefania Rubini’s poetry collection soon to be published.

Feel the inclusiveness and warmth of  fully inspired brotherhood of “ Lady Liberty Looking From The Bay” born from the feeling of belonging and gratefulness of being part of the biggest and most powerful family of the World: the United States Of America.

This the most powerful family because comprised of willing people that freely chose to be here, to leave the old and limited thinking behind, and to staryt from scratch. Everybody traveled a long journey to be here and being able to live freely and fiercely with like minded people.

HERE ARE SOME SAMPLES